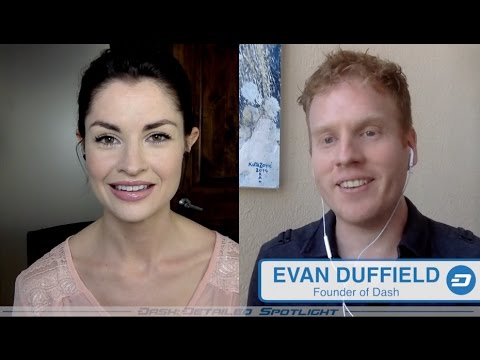 I had that same idea for a while, to get a all star dev group in a caribean location with developers all around the world to code on DASH. Feels exactly like the Internet starting all over again. How decentralized Dash really is? How many masternodes the Dash Core Team members own today? Can they rig the voting by outnumbering 'non core team' masternodes?

I plan on being a participant as this project continues to grow and unfold. Give this comment a thumbs up if you would like Evan to work with Masternode Shares providers to enable voting rights. Thanks for the interview Evan! And yes, I'd like to have a good voting mechanism for masternode shares. I just signed up for a share on one of moocowmoo's masternodes but I'd love to be able to do this in a trustless manner.

I think this should be implemented as soon as possible! Your email address will not be published. Great to see that Evan is not so high he can actually talk in the VChat.

Didn't know you had a channel. Switzerland would have also been a good option instead of HK, but good for you Evan. The issue is that Evan sometimes seems very disconnected with the overall feeling of the community.

On the topic for core team workflow is also another hot topic since right now, is not possible for the community to 'fire' core devs members. Since transparency has been gone off the road. So transparency is needed, unfortunately Evan is the least efficient communicator to do this and I don't think is a good idea to have him as the liason. Joel idea was much better since he has a communication experience as a journalist and an avid writer.

The question becomes, do we need new development groups and also how we can get better development projects off the ground. The last question of the interview about crypto and banks where DASH has been damaged or not worked as expected. So this becomes a lot of growing pains for DASH as a crypto tool. Steemian, crypto fan, like to listen to 90s hip hop, and loves to chat about Linux Python and Free software.

Runs a local Tech club in sunny Cancun, and enjoys hopping on planes and landing somewhere else. I see the recent release of info and roadmap as basically saying -heres what were going to do to make it easier and inexpensive to use DASH as every day money. We see bitcoin struggling to adapt to its userbase and we want to avoid it by being proactive before we can reach the market cap and avoid bumping into those same hurdles and possibly turning away people from DASH.

I think you're aware of the work thats going on behind the scenes through the proposals system to allow merchants to seamlessly transition into accepting DASH at actual brick stores and not jsut online venues.

If customers walk into a store and they see some form of DASH advertisement that could go a long way into getting the common person that has never heard of cryptos into looking at DASH. Well I am following the proposals month to month, actually I blog about them as well. But these are proposals by the community that has nothing to do with this roadmap. Independent developers like Kodaxx or dmitriybtc a 22 year old from Ukrane.

I would feel much more comfortable if a multi-developer team is put to develop enterprise systems and integration to marketshare relevant ERPs like SAP or PeopleSoft, or even Microsoft Dynamics.

However, I do remember Daniel Diaz saying somthing along the lines of not wanting to mention or comment about big merchants or exchanges accepting DASH because it tends to cause major speculative run ups in the price. I would hope for more information on this aspect to also be released soon, just like we were updated on Evolution. To be blunt, of the various hosted masternode offerings, Node40 is the least attractive. What's more, if Dash gets anywhere near where it wants to go, the price is going even higher and that will justify higher demands of masternode operators and their hardware.

I just saw that Moocowmoo has a Masternode share program as well. However the point of the article is to point the route that DASH is going and what is taking less priority on the core team. I heard a lot of people being excited about this when Amanda talked about it on Anarchapulco, however it wasn't touched upon until another interview that Amanda did on Evan, however it doesnt seem like a priority. Just like lowering the proposal fees don't seem like a priority either.