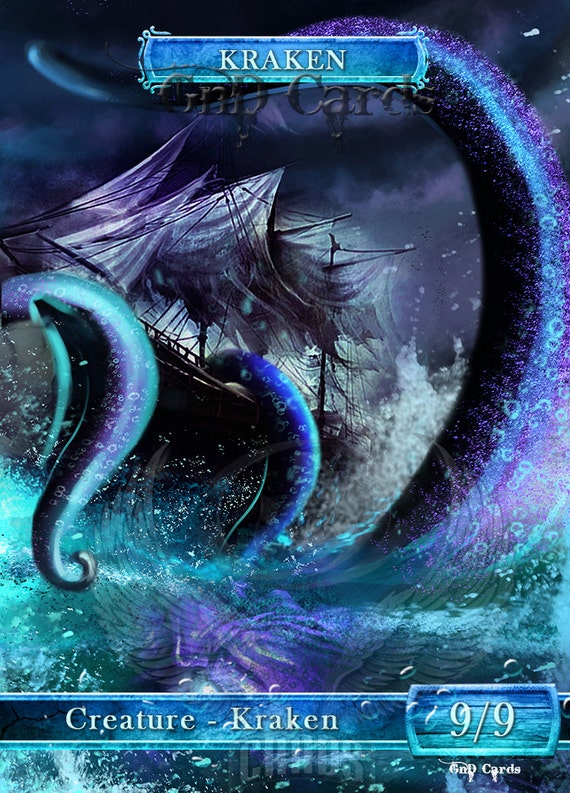 The arrival of a single determined kraken can spell the end of an entire polis, and even casual actions by a kraken can wipe out fleets of ships or decimate fishing grounds. Krakens' destructive power comes not only from their immense size, but also because they seem able to breathe air and can crawl on land, meaning they can create swaths of destruction along the coasts or even deeper inland. Zendikari krakens are sapient beings, symbolising will and self-determination.

Some turn to destructive thoughts and actions, creating devastation, but most spend their adult lives in isolation on the depths of the sea, contemplating and exploring. Their head is encased in a rough shell that sprouts two large horns, and one of their hands is a bony claw. They have dozens of tentacles — a writhing mass below its toothy mouth, another mass at the end of one arm, and several long tentacles in place of legs.

On their back is a huge conch-like shell. As larvae, they inhabit these shells similar to snails and are thought of as delicacies. Wrexial, the Risen Deep depicts iconic tentacles. Tidal Kraken depicts humanoid features.

Protecting Argoth, by blowing it up! Also, if you don't have the relevant token cards, don't worry. Players should take tokens with them if their deck generates them. If you have Xenagos take satyrs. If you have Elspeth take soldiers. If you have Brimaz take cat soldiers. Some tokens are tricky to get such as the Kiora kraken but do your best. With that on the stack U B R Marchesa U B R Kess A little effort goes a long way.